Is it REALLY Possible That Just 1 Word Can Make (or Break) Your Marketing Efforts?

A few years ago, when I was earning my chops as a beginning marketer, I was speaking with a friend of mine who owned a multi-million dollar business.

I was desperately trying to get him to hire me to help him with his marketing (because I could see he was really missing a lot of opportunity online since his business was primarily offline).

Over the course of several conversations, I kept using the word 'consulting' when referencing my services, but he continually dismissed my offers to help him.

After yet another rejection, I finally had enough. "Why don't you hire me to consult with your marketing team?!"

He leaned over, looked me right in the eye and said, "I'm not interested in hiring a consultant."

"Why is that?" I asked, perplexed.

What he said next cemented a very powerful lesson that elevated my marketing results tremendously...

"Because, I've already spent hundreds of thousands in payroll for my marketing department" he responded with growing irritation. "I don't want to spend thousands more on a consultant! I want my team to know what they need to do, not some consultant that - no offense - may or may not be around down the road. If anything, I'll invest more in my team's training."

Wow! Did you just get that??

While I was using the term 'consulting,' as far as I was concerned, I easily could've been saying 'training.' Because to me, they were the same thing (potato, potahhhto), but to him were complete opposites!

To him, 'consulting' was an expense, something painful. 'Training' was an investment; Something that helped him grow!

No wonder I couldn't ever get the sale when I was offering to consult - I was inadvertently speaking to something that he associated with pain!

Frankly, I could give a rat's ass what HE called it – to me it was the same thing – I just wanted the sale! ?

Sure enough, a few weeks later, I told him about my "new" training service I was offering. And wouldn't you know it, he was totally interested, ha!

Anyway, THAT my friend, is why it's imperative that you ask yourself, "Why Do They Buy?" Because it's not what YOU think is the reason. It's what THEY believe that ultimately matters.

The Best Way to Discover 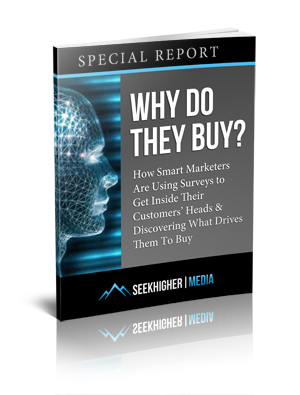 Since that conversation, I've spent literally tens of thousands of dollars and countless hours discovering powerful marketing nuance and, put simply, the best way to tap into this gold is through one-on-one conversations. But, the problem with that is they take a ton of time and they're hard to scale. So, what to do?

Surveys are great because you can get a TON of great data quickly and cost-effectively. But, I'm not talking about the garbage surveys you normally see - and most likely ignore. No, this aint your mama's survey, believe me. The type of surveys I'm talking about carry gravitas. They speak to your prospects in a real way and can get them to reveal deeply personal insights that you can use to conquer your competition and be the top of mind choice when your prospects are ready to buy.

Through my efforts to get to the bottom of what really drives someone to buy, I've discovered some tricks to get people to open up and tell you EXACTLY what they need to hear in order to buy. And I've boiled it down into a zero-fluff, nuts-and-bolts-only report.

In this report, I'll walk you through it all, step-by-step.

Here's a taste of what you'll learn:

Why Does 'Why Do They Buy' Matter?

The 3 Keys To Successful Surveying

I'm only charging $47 for this report for 3 reasons:

1. $47 puts the report within the reach of the vast majority of people. It's not too expensive for even the humblest of marketers.

3. Anyone who's serious enough to shell out the price of a dinner and buy this report has the opportunity to be a successful marketer.

So if you're serious about taking your marketing skills to the next level, and if you'd like to do it right the first time, click the "Add to Cart" button below.

My 'Double You'll Love It' 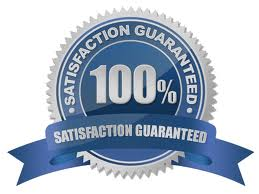 Guarantee #1 If for any reason within the first 2 weeks you think my report isn't the best $47 you've ever spent just send me an email and I'll gladly refund your whole $47. You'll really only need a day to read through the report, so 2 weeks is plenty of time for you to decide if it's just not a fit for you.

Guarantee #2 If you actually DO what I recommend for you to do in the system and your results aren't great, I'll actually refund TWICE your money. All I ask is that you give me an honest effort. How is that for fair?

Here's what you do to order Why Do They Buy? Have your Visa, MasterCard, Discover or PayPal ready and fill out the form below. 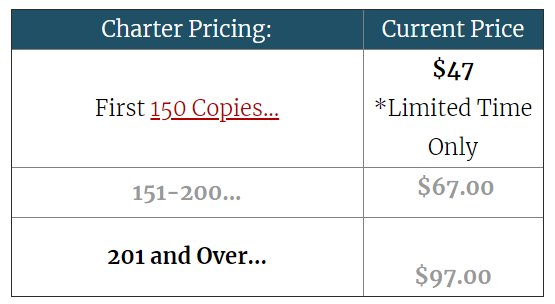 Here's what you do to order Why Do They Buy? Have you Visa, MasterCard, Discover or PayPal ready and click the button below.

Pass On This Offer and

You Will Make Mistakes

A man who represents himself in court has a FOOL for a lawyer and we all know that people who don't read the instructions SCREW things up.

Get help before you try to find out what really drives your customers to make a buying decision. When a full blueprint is available for only $47 bucks, you'd be pretty dumb not to grab it.

Either give up on this entire idea, or get this report, otherwise you're sure to make mistakes in areas you haven't even thought of yet.

This TINY $47 report is the only thing standing between you and the next level of success!